Brussels Airlines is to take over the operations of Thomas Cook’s Belgian arm, with the leisure company's in-house airline operation being disbanded as a result.

Under a broadening of a partnership agreement Brussels Airlines will be used for the “majority” of flight requirements, says Thomas Cook Belgium.

Thomas Cook Airlines Belgium will be “absorbed” into Brussels Airlines as a result, it adds, and the holiday carrier will no longer be used for Thomas Cook flights from November this year.

The agreement has emerged from efforts on both sides to manage aircraft and staff more efficiently. 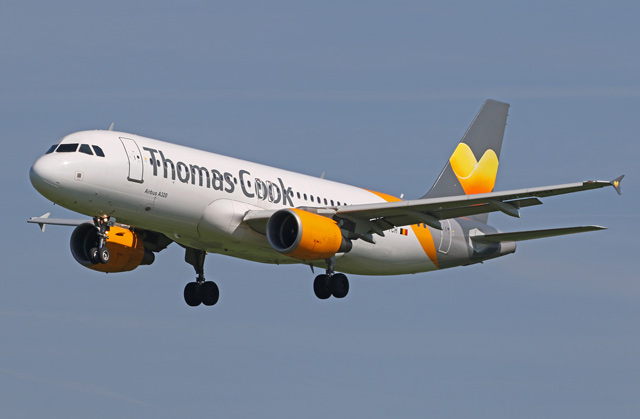 Two aircraft from Thomas Cook's Belgian fleet of five Airbus A320s will be transferred to Brussels Airlines, along with 160 pilots and cabin crew and all flight slots.

Its three other aircraft will be redeployed across the Thomas Cook Group while 40 ground personnel with the leisure company’s Belgian carrier arm will be made redundant.

Consultations with the carrier’s workers’ council have commenced. Thomas Cook Airlines Belgium says it is “committed to working constructively” with its personnel to find a “successful resolution”.

It states that the new agreement with Brussels Airlines aims to provide an expanded number of destinations including new long-haul services to North America, the Caribbean, Africa and Asia over the next three years.