Delta Air Lines has taken delivery of the first higher-weight Airbus A330-300, as part of its fleet renewal programme. 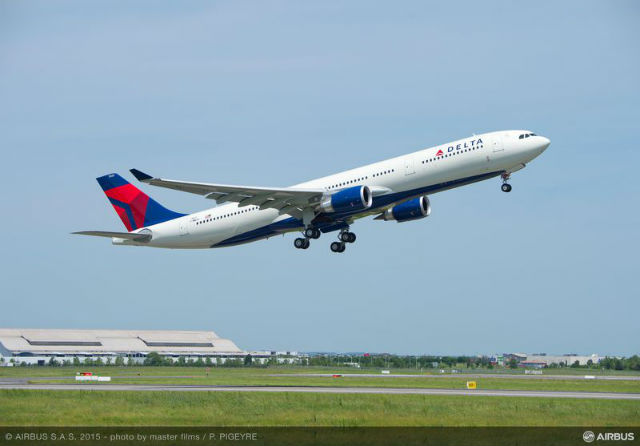 Delta will take delivery of nine more higher-weight A330-300s through 2017. It will operate the aircraft on both transatlantic and transpacific routes.

“Delta's addition of this Airbus A330-300 reflects our continued strategy of making prudent investments in our fleet that enhance our customer experience and operational reliability," says Ed Bastian, president of Delta, in a statement.

The higher-weight A330-300 includes new aerodynamics, an optional centre fuel tank, an extended range of 6,100nm and a 2% improvement in fuel consumption over existing A330s, says Airbus.

Delta has equipped the aircraft with General Electric CF6-80E1 engines.

The airline is configuring the A330-300s with 293 seats, including 34 lie-flat business class seats, 32 extra legroom economy seats and 227 economy seats. The aircraft also has satellite-based wi-fi and streaming inflight entertainment.