The first of four Boeing 787s for Biman Bangladesh Airlines will be taking part in the flying display at the Farnborough air show next week. 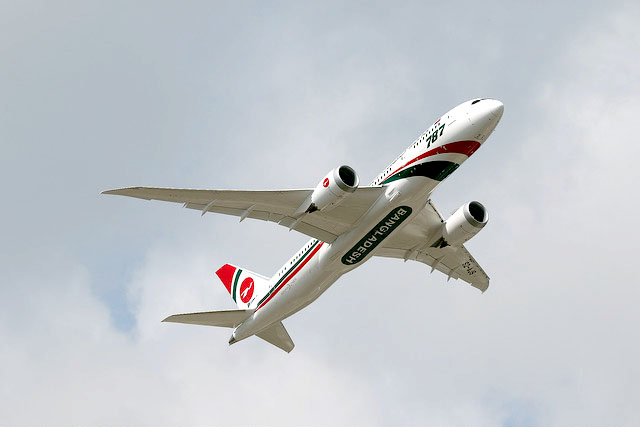 The aircraft on display (to become S2-AJS) is one of four General Electric GEnx-powered 787-8s Biman has on order. It is due for delivery next month, followed by a second due in September. 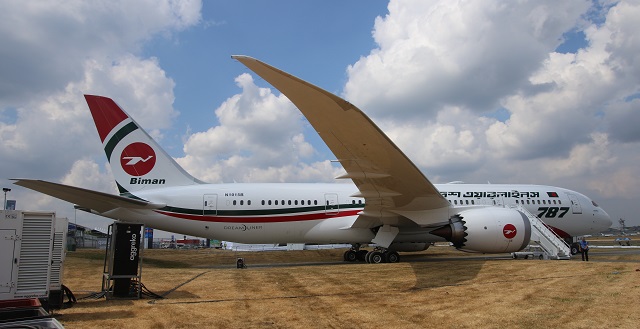 The 787 has been a regular in the Farnborough air display since 2012, when Boeing decided to return to the flying programme with its commercial products after more than two decades of abstention.