The aircraft, registered 9M-LRC, is configured with 180 seats in an all-economy configuration. It is painted with the airline's new Batik Malaysia branding.

Malindo chief executive Chandran Rama Muthy told FlightGlobal during the flight that it will take a total of four 737 Maxes in 2017, as well as six other aircraft. 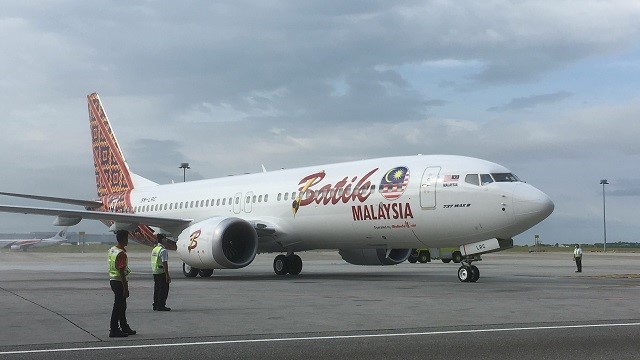 In a statement, he adds: "We are thrilled to be the world's first airline to take delivery and operate the 737 Max 8. The Boeing 737NG fleet has served Malindo well in its growth and we believe that the 737 Max aircraft will become the centerpiece of our fleet."

Flight Fleets Analyzer shows that the aircraft is owned and managed by Avolon.