South Korean carrier Asiana Airlines has signed a letter of intent with Airbus to order 25 A321neos.

Airbus says that the aircraft will be configured to seat 180 passengers in a two-class layout, and will operate on regional and domestic services. The type is also expected to be operated by low-cost affiliate Air Busan. 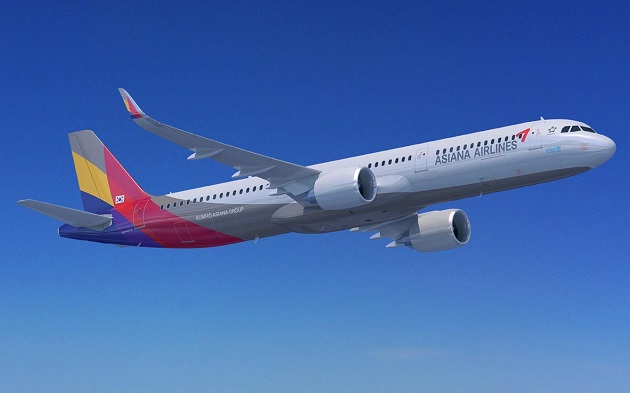 Engine selection will be announced at a later date, with the option of either Pratt & Whitney PW1100G or CFM International Leap-1A powerplants.

“With the A321neo we will be able to look forward to even greater levels of efficiency, with a 20 per cent reduction in fuel consumption and increased flying range. The acquisition of the A321neo underscores our strategy to operate only the most modern and efficient aircraft that the industry has to offer,” says Asiana president and chief executive Kim Soo Cheon.