The first Boeing 787-9 bound for United Airlines rolled out of the factory in Everett, Washington, on 8 April. 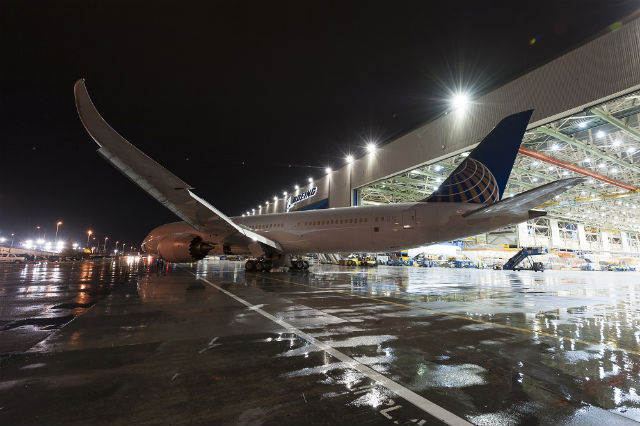 The aircraft will be one of five participating in the flight test programme for the 787-9.

Chicago-based United plans to take delivery of the aircraft in July with domestic proving flights beginning in September or October. International service between Los Angeles and Melbourne, Australia, will start on 26 October.

The aircraft is configured with 252 seats, split between 48 in business class, 88 in economy plus and 116 in economy.