Cathay Pacific has taken delivery of its 70th Boeing 777 aircraft, making it the largest Asian operator of the widebody type. 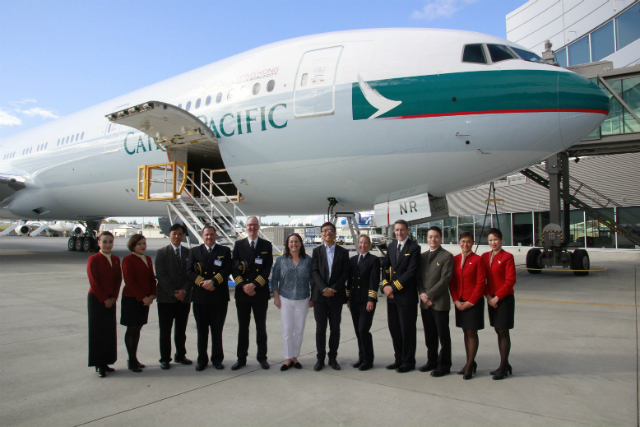 “The 777s have played an important role in Cathay Pacific’s fleet modernization and network expansion strategy,” adds airline chief executive Ivan Chu. “We operate the largest 777 fleet in Asia, and these aircraft offer the range, reliability and flexibility to build multiple daily frequencies on trunk routes, both within the Asia-Pacific region and, with the 777-300ERs, on long-haul and ultra-long-haul routes. Our 777 fleet has helped in our efforts to reinforce Hong Kong's position as one of the world’s most important international aviation hubs.”

Flightglobal’s Ascend Fleets database shows that the airline’s 53rd 777-300ER bears the registration B-HNR. It will be owned and managed by Cathay Pacific.