The Pratt & Whitney PW1127G-powered aircraft, registered B-8545 (MSN 6975), was handed over to the carrier at Hamburg on 13 December, says the carrier's parent China Southern Air Holding. 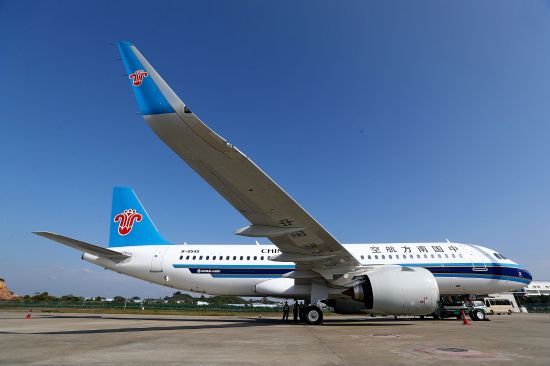 It is configured with 166 seats across three classes: four business, 24 premium economy, and 138 economy.

Flight Fleets Analyzer indicates that the aircraft , is leased from AerCap. It also shows that China Southern has 18 additional A320neos, and five A321neos on order.

The airline adds that it will operate a total of 74 A320neos over the next four years.