The aircraft, registered PK-NYY, is configured with 72 seats.This is the first of six ATR 72s Nam is scheduled to induct this year, says parent Sriwijaya Air Group in a statement. 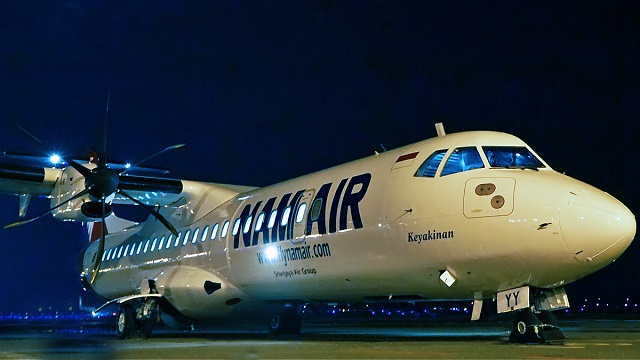 "With the arrival of the ATR 72-600s, we hope to connect the most remote parts of Indonesia, and help to further develop the region's economies and infrastructure in places such as Malang, Lubuklinggau, Silangit, and other areas," says Sriwijaya's spokesman Agus Soejono.

Last December, Sriwijaya announced plans to acquire up to 12 ATR 72-600s for Nam Air. Sources also told FlightGlobal that six of the 12 aircraft would come from Malaysia Airlines Group carriers Firefly and MASwings, while the remaining six would come from lessors.