Korean Air has taken delivery of its first passenger variant of the Boeing 747-8 on 25 August.

The carrier also becomes the first operator to operate both the passenger and freighter variants of the 747-8, says Boeing.

Korean’s 747-8 Intercontinental is configured with 368 seats. It comes with a new first class suite, as well as new business class seats. 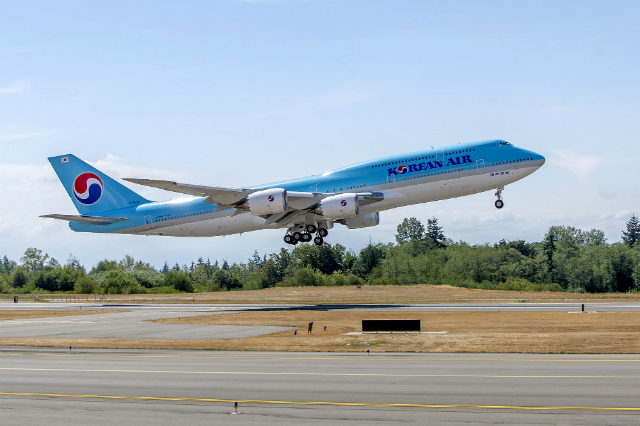 "This new aircraft delivers better fuel economy," adds the airline’s executive vice-president and chief marketing officer Walter Cho. "That is important to a global airline such as ours. And it supports our goal to build and operate a first-class fleet of world-class aircraft."

Flightglobal’s Ascend Fleets database shows that the airline has an order for 10 Boeing 747-8Is. It is scheduled to receive four of the aircraft in 2015, and the remainder through to 2017.