Lucky Air has received its first widebody, an Airbus A330-300, which will be used by the low-cost carrier to operate long-haul services.

The aircraft, bearing the registration B-5971, is configured with 292 seats in two classes: 32 business and 260 economy. Flight Fleets Analyzer indicates that the 2015-vintage aircraft was first operated by Hainan Airlines, and is owned and managed by Tianjin Bohai Leasing. 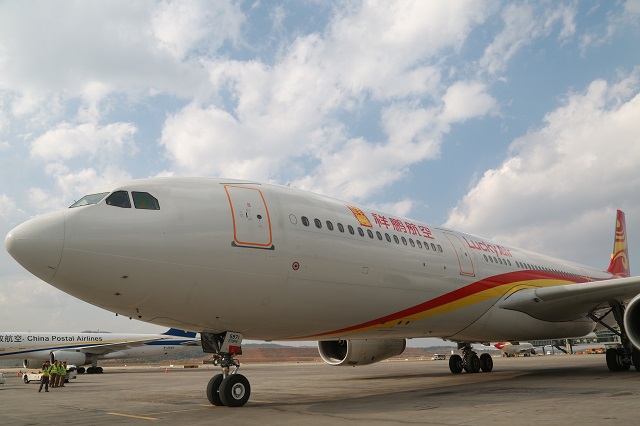 The airline told FlightGlobal in February that it plans to add three A330s to its fleet this year, with plans to source the other two jets independently of Hainan Airlines.

With the A330, the airline plans to launch a Kunming-Moscow service during the summer season, but will first deploy it on domestic routes from Beijing, Guangzhou and Shanghai from 21 March.

Lucky Air adds that it is also eyeing operating either the Airbus A350s or Boeing 787s for its long-haul growth. It also set a five-year target of operating 120 aircraft, which will consist of 20 widebodies and 100 narrowbodies.