Mauritania Airlines International has become the first African operator of the Boeing 737 Max.

Boeing announced the delivery of the Mauritanian flag-carrier’s first 737 Max 8 today. The aircraft joins an all-Boeing jet fleet which includes two 737-500s and two 737NGs (one -700 and one -800). The airline also operates a single Embraer ERJ-145. 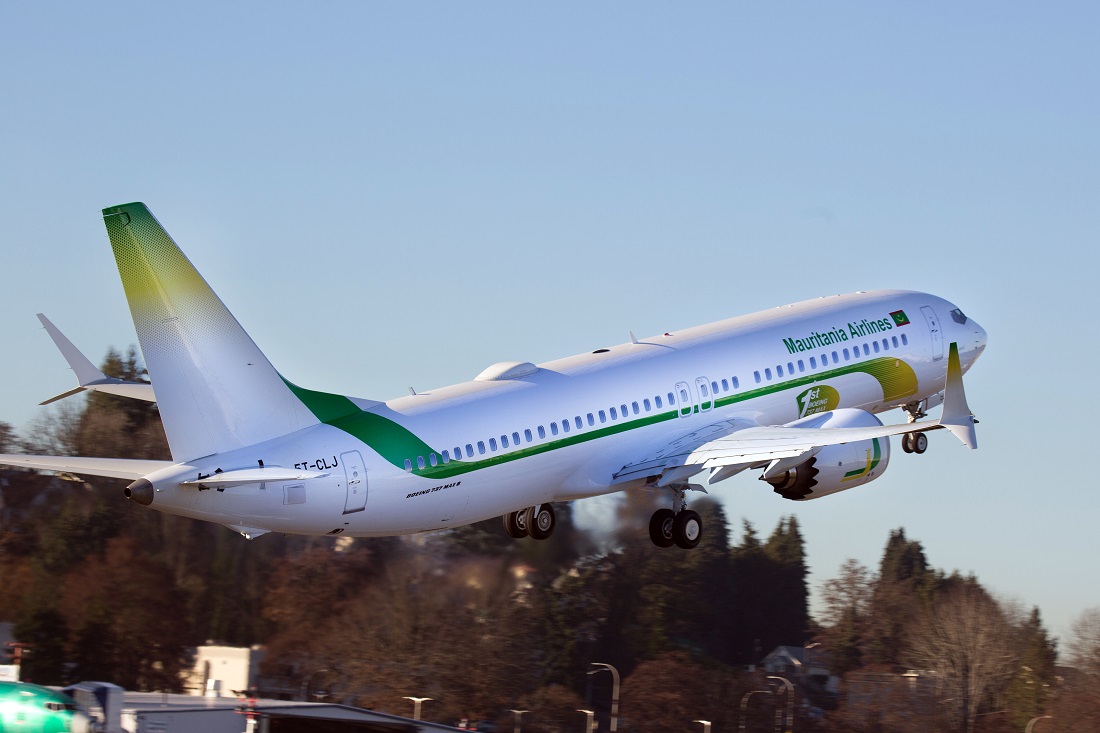 “We are proud to be the first carrier in Africa to operate the 737 Max,” says the airline’s chief executive Mohamed Radhi Bennahi. “The introduction into the growing Mauritanian fleet will help to profitably grow our network as we introduce new routes to Europe and the Middle East.”

When Mauritania Airlines revealed the 737 Max 8 deal at the 2017 Paris air show, it said it planned to use the new Boeing twinjet to open routes to Paris and Jeddah.