The aircraft, on lease from GECAS, and bears the registration XY-ALB, will allow the state-owned carrier to expand its network outside of Myanmar, says Boeing. 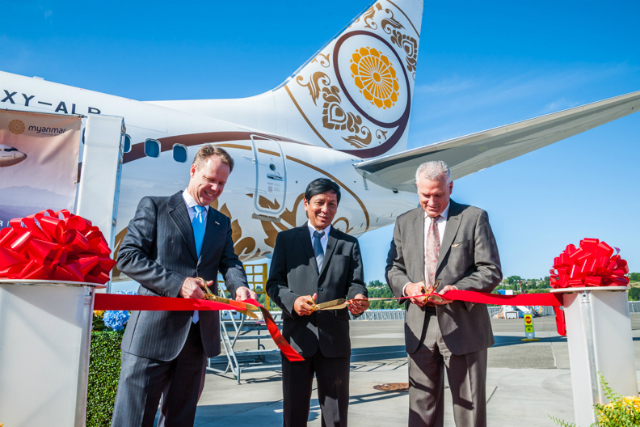 This is also the airline's first narrowbody. Flightglobal's Ascend Fleets database shows that it has 11 aircraft comprising Fokker 28s, Embraer 190s, ATR 72s and Xian Aircraft MA60s in its fleet.

"Our new 737 will allow us to expand our network to international markets and offer an even better experience for our passengers," adds MNA’s chief executive Than Tun. "Investing in new technology aircraft such as the 737 will ensure Myanmar National Airlines continues to be the pride of the country and positions us for future success."

Ascend shows that MNA has orders for five additional Boeing 737-800s and four 737 Max 8s, all of which will be leased from GECAS.