Qantas has released the first pictures of its latest aircraft to bear an indigenous-inspired livery, this time on a Boeing 787-9.

Based on the work ‘Yam Dreaming’ by late Northern Territory artist Emily Kame Kngwarreye, the scheme was adapted by design studio Balarinji. 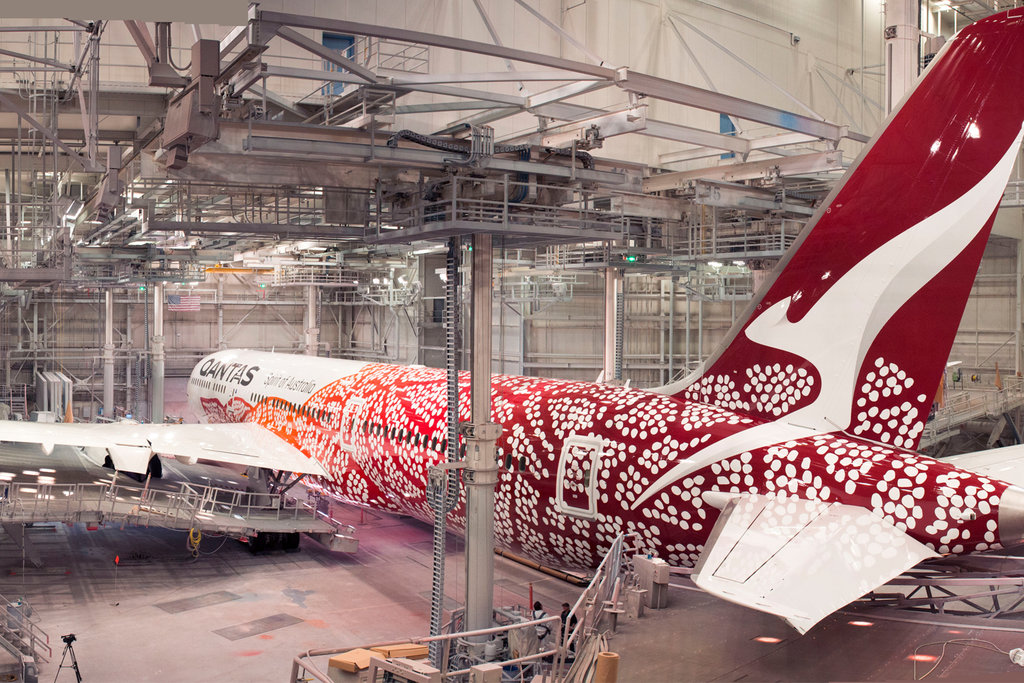 The aircraft has also been named in the artist's honour.

“As the national carrier we’re thrilled to showcase another piece of Indigenous culture on one of our aircraft, and to reiterate our ongoing commitment to reconciliation with Aboriginal and Torres Strait Islander people,” says Qantas chief executive Alan Joyce.

“It’s a beautiful, bold artwork and so we hope it catches people’s eye and sparks a conversation about our country’s dynamic Indigenous culture.”

The aircraft, which wears registration VH-ZND, will be the airline’s fourth 787-9 and is due for delivery on 2 March. It will ferry direct from Seattle to Alice Springs where it will be met by Emily’s family, before entering service on domestic familiarization services, and on its international network from March.