Qantas Airways has taken delivery of its fourth aircraft to feature a special indigenous Australian livery, a Boeing 737-800.

Called ‘Mendoowoorrji’, the livery is inspired by the 2005 painting ‘Medicine Pocket’ from late Aboriginal artist Paddy Bedford, and represents the East Kimberley region he was born in. 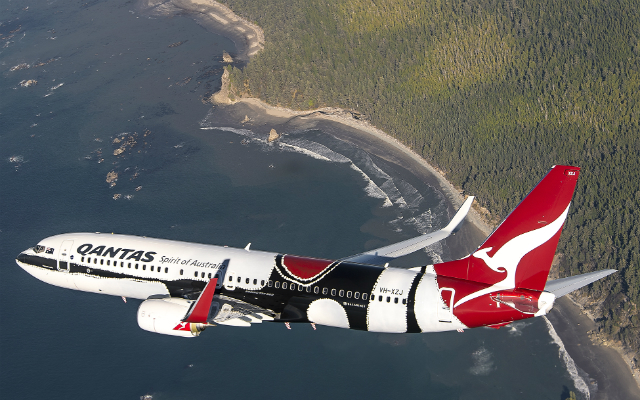 The livery was created by Balarinji Design Studio. Balarinji also produced the previous three liveries to fly on Qantas aircraft – ‘Wunala Dreaming’ which flew on a 747-400, ‘Nalanji Dreaming’ on a 747-300 and 'Yananyi Dreaming', which features on another 737.

“As Australia’s national carrier, we will fly this livery with great pride,” says chief executive Alan Joyce. “It not only reflects our rich history as a country, it highlights the opportunities we have to promote our Indigenous culture to the Australian public and our international visitors.”