Thai Lion Air has received its first widebody, an Airbus A330-300.

The aircraft is configured with 392 seats, each equipped with an in-flight entertainment system, in two classes, says the low-cost carrier's 49% shareholder Lion Air Group.

Flight Fleets Analyzer shows that the aircraft is registered HS-LAH, and that the carrier is scheduled to receive another two A330s (HS-LAI and HS-LAJ) by the end of the year. All three aircraft are part of the Lion Air Group's order book. 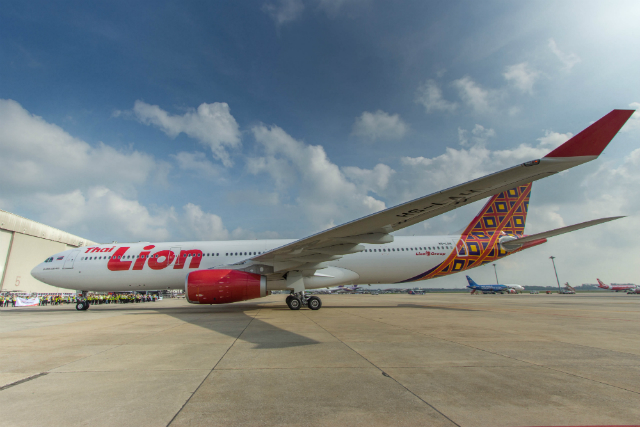 In September, FlightGlobal reported that the A330s were originally meant for Malindo Air but later reassigned to Thai Lion Air.

In a local media interview, the airline's chief executive Aswin Yangkirativorn said that the A330 will first be deployed on route-proving missions to Phuket and Chiang Mai from December, before being used on international services to North Asia in the first quarter of 2018. He added that Thai Lion will take "at least" five Boeing 737 Max aircraft in 2018.

Fleets Analyzer shows that besides the A330, Thai Lion has 27 Boeing 737s.

The airline did not respond to FlightGlobal's repeated requests for comments on the A330s, as well as its expansion plans.