United Airlines has painted its first Boeing 737 Max 9 in the swoop livery that adorns its Dreamliners, as it prepares to take its first aircraft later in April. 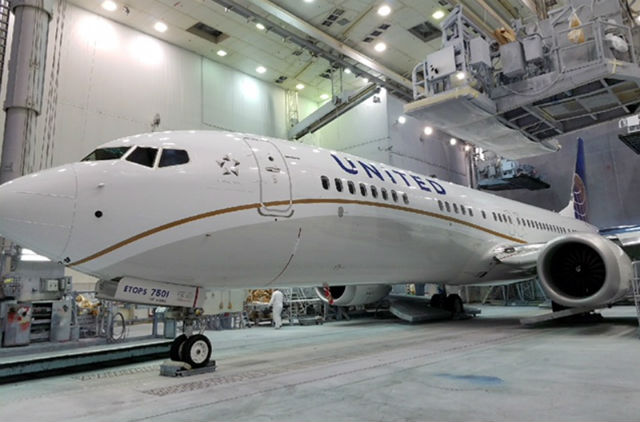 The 737-9 is the first aircraft type in the US carrier's fleet to receive the swoop livery since it was introduced on the Boeing 787 in 2012.

United will station 737-9s at its Houston Intercontinental and Los Angeles hubs from June, introducing the aircraft on its Houston routes to Anchorage, Austin, Fort Lauderdale and San Diego on 7 June.

Its 737-9 network will be expanded to include Honolulu, Los Angeles and Sacramento from 29 June.