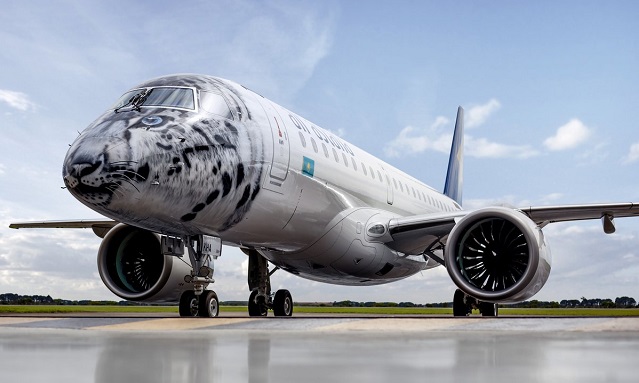 The delivery of the Pratt & Whitney PW1900G-powered twinjet marks the start of a fleet renewal exercise at the Kazakh carrier, with a total of five E2s on order that will gradually replace nine older-generation E190 aircraft. These have been operated on domestic and low-density regional services since 2011. 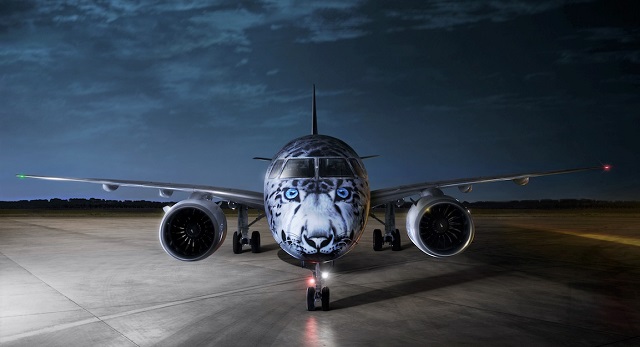 Air Astana says the E2’s snow leopard livery is designed to draw global attention to the threat of extinction that the wild cat is facing. The snow leopard is a native of the mountain ranges in southern Kazakhstan, it adds. 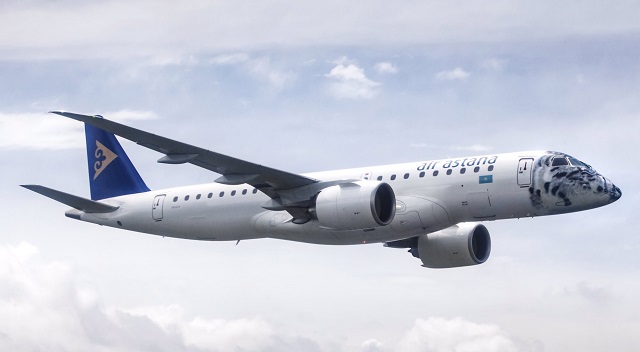