The white and yellow fuselage is similar to 49% shareholder Scoot’s livery on its own 777s, while the distinct NokScoot logo is featured on the tailfin. It also bears the ‘beak’ motif found on Nok Air’s 737s.

The Thai budget carrier also owns a 49% stake in NokScoot, with the remaining 2% held by a company established by Nok's management. 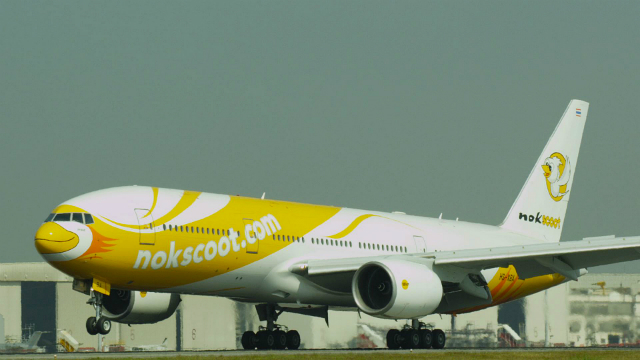 “The design not only represents our spirit of adventure and exploration, but it also reflects who we are. Our fun, cheerfulness and friendliness will be present both in the air and on the ground at all airports,” says NokScoot chief executive Piya Yodmani. 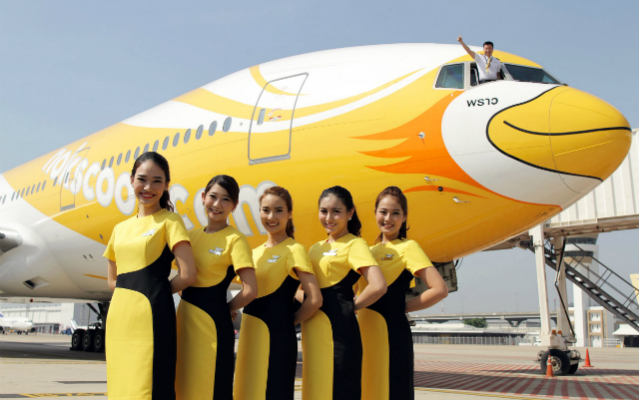 Flightglobal’s Ascend Fleets database shows that the Rolls-Royce Trent 884-powered aircraft was built in 2001, and was purchased earlier this year from Singapore Airlines.

NokScoot secured its air operator’s certificate on 30 October, and plans to launch services to Japan during the first quarter of 2015. It is based at Bangkok Don Mueang International airport.