Airbus handed over the first of six A350-900s to Philippine Airlines (PAL) at a ceremony today in Toulouse. The carrier becomes the 19th airline to take delivery of the Airbus big-twin. 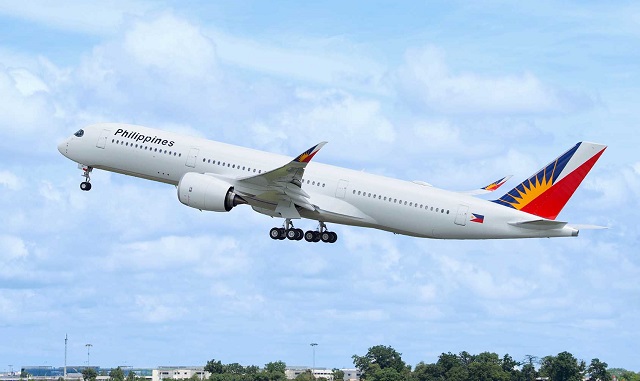 PAL will operate its A350s from its Manila base mainly on nonstop services to Europe and North America, including to New York. Airbus says that the New York route, which has a distance of over 8,000nm (14,800km), previously required a technical stop in Vancouver on the return trip.

PAL’s A350-900s feature a three-class layout seating 295 passengers, including 30 in business class, 24 in premium economy and 241 in the economy cabin. 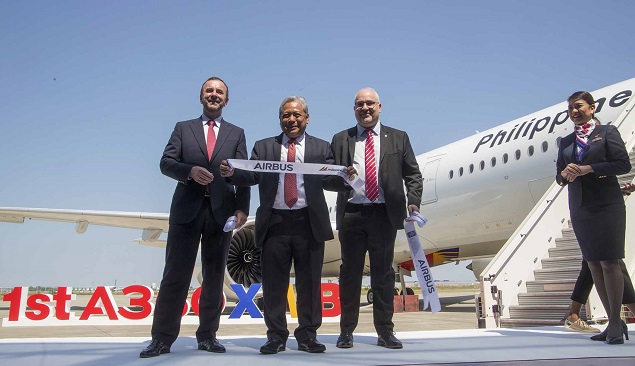 “The arrival of the A350 XWB will see PAL offer new levels of comfort on our long-haul flights,” says PAL president Jaime Bautista (pictured above centre at the delivery). “We believe that the A350 will be a game changer for PAL as we compete with the best in the premium long-haul market.”