Qantas has unveiled a premium-heavy layout for its Boeing 787-9s and a refresh of its iconic ‘flying kangaroo’ livery.

The Oneworld carrier says that the 787s, which will start arriving in 2017 with 236 seats across business, premium economy and economy classes.

In business class, the aircraft will feature 42 suites in a 1-2-1 layout that will be an updated version of the Thompson Vantage XL fully-flat suites that have been rolled out on Qantas’s Airbus A330s. It will also feature a 16in personal touchscreen. 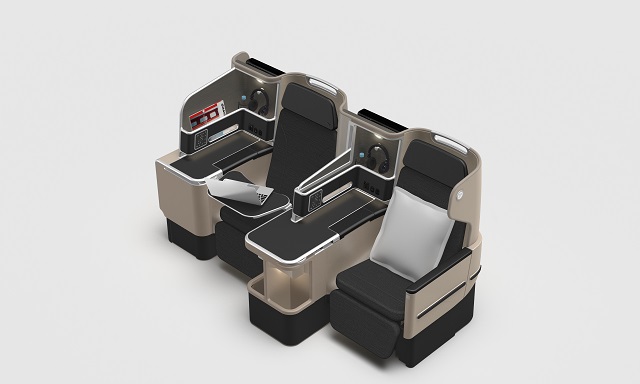 The 166 Recaro economy class seats will feature a 3-3-3 layout with 32in pitch. It will also feature a 12in touchscreen as well as a built-in bracket for tablets, and personal mood lighting. 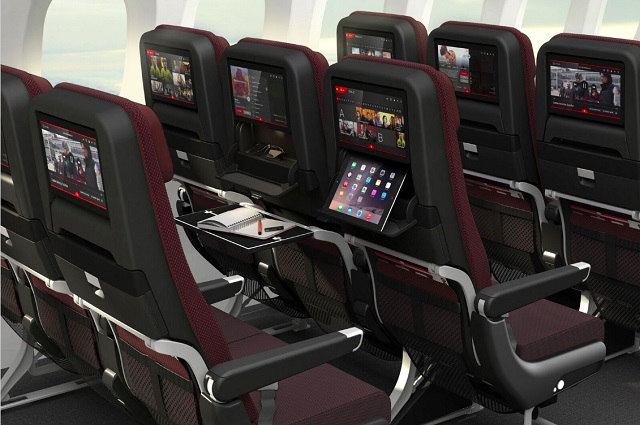 Qantas adds that the 787s will be configured with 28 premium economy seats in a 2-3-2 layout, however details on those seats will be released in early 2017.

In addition, the aircraft will feature new self-service bars in business and economy class.

Flight Fleets Analyzer shows that the carrier has eight 787-9s on order, and options on a further 45.

Qantas has indicated that the type will initially be deployed on some of the routes operated by its 747-400s, but has flagged that they will also be used to open up new longhaul routes.

“We’re planning to make the most of the 787’s amazing range, so we’ve designed the cabin to give Qantas passengers a better experience on long haul flights,” commented chief executive Alan Joyce.

“We wanted to make sure our brand remained familiar but we also wanted it to be more modern and dynamic, like the 787 and like Qantas,” Joyce says.

The refreshed branding will roll out across its business, with its whole fleet expected to carry the new livery by 2020.