Singapore Airlines took delivery of the first Boeing 787-10, with the group becoming the first operator of all three Dreamliner variants. 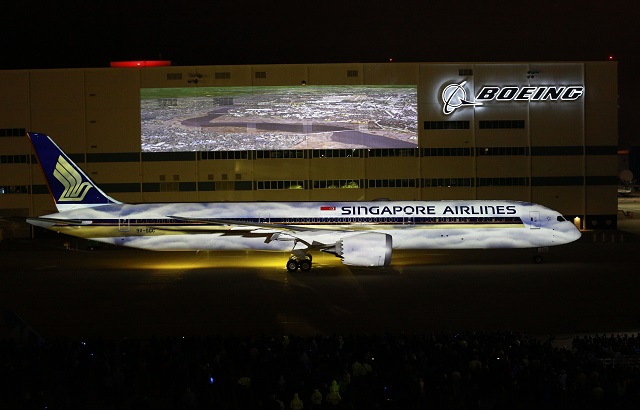 The aircraft (MSN 60253) was handed over to SIA at a ceremony on a chilly evening at the airframer's North Charleston, South Carolina, plant on 25 March.

"I may shiver a little, it's because i'm very excited about this event," says Goh Choon Phong, chief executive of SIA, at the event.

SIA configures the 787-10 with 337 seats, including 36 in business and 301 in economy. The aircraft will be used on medium-haul regional routes, with service beginning to Osaka and Perth in May. 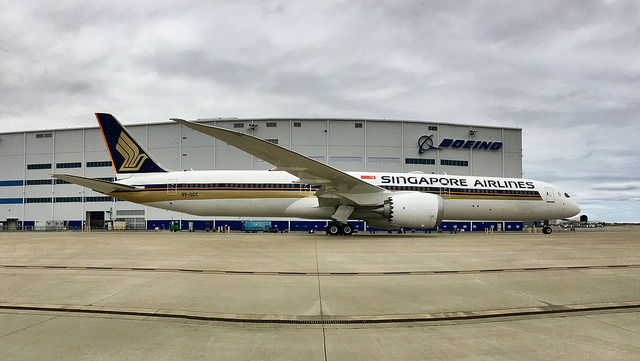 The airframer claims a the aircraft is 25% more fuel efficient per seat mile than both the current generation Airbus A330 and Boeing 767.

The delivery to SIA comes nearly a year after the first flight of the 787-10, which is the first of the family to be entirely assembled in North Charleston, on 31 March 2017.

"This combination of our 787 family will allow Singapore Airlines to put the right airplane on the right route," says Kevin McCallister, president and chief executive of Boeing Commercial Airplanes, highlighting the fact that the SIA Group includes all three variants at the ceremony.

Boeing has 171 firm orders for the 787-10 from seven airlines and two lessors, its orders and deliveries database shows.