Vietnam Airlines' first Airbus A350-900 aircraft has left the paint shop, revealing a new livery for the carrier.

The aircraft will have its engines fitted and complete an interior installation, before conducting ground and test flights, ahead of delivery of the aircraft in June 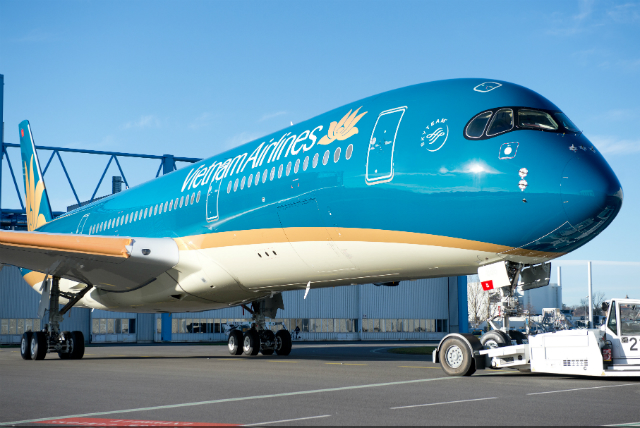 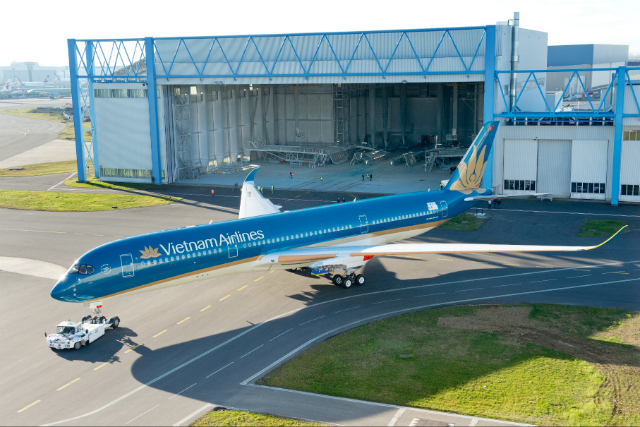 The A350 is part of a major fleet renewal by Vietnam Airlines, which also sees it take its first Boeing 787-9s this year.

By the end of 2015, the carrier will have taken delivery of four A350s, while it will also take five 787-9s from May onwards. It expects to complete delivery of its orders for both types by early 2019. 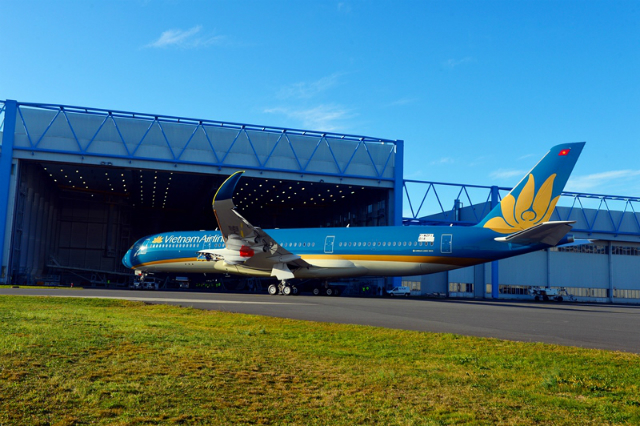 As part an overall improvement programme Vietnam Airlines is introducing, it will launch a new corporate identity and branding, while also improving its ground and on-board service.