Qatar Airways has pushed back its Airbus A380 deliveries to the middle of this year to coincide with the opening of the new Doha airport. Meanwhile the airline is aiming to steal the limelight at this year’s Farnborough air show by displaying no less than four airliners including an A380, an A320, an A350, and a 787.

“We will receive our first three A380s in June, which were supposed to be delivered in April, May and June,” says Qatar Airways chief executive Akbar Al Baker. “This delay is due to the opening of Doha’s new Hamad International Airport.” 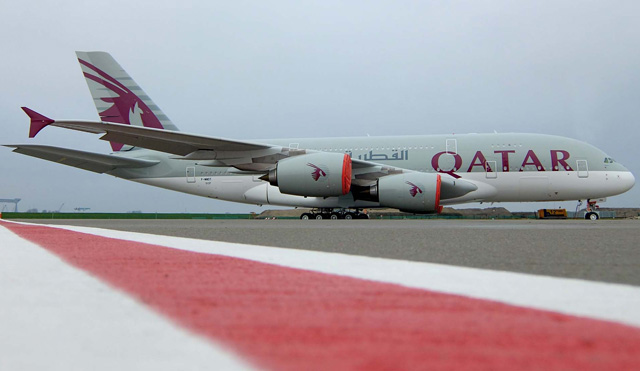 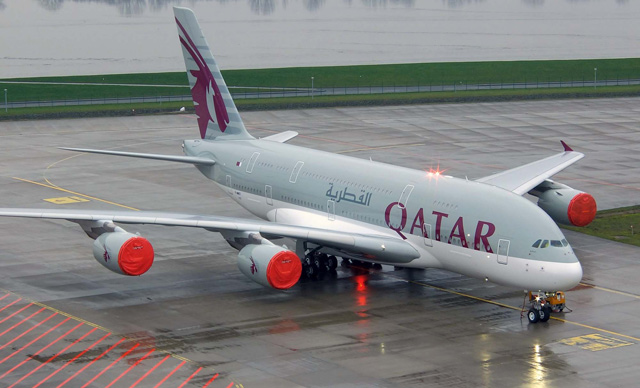 Qatar Airways will bring its first A380 to the Farnborough air show in July, where it will also display a Boeing 787-8 and a sharklet-equipped A320. Al Baker says the airline’s line-up will be completed by Airbus displaying A350-900 MSN4 adorned in a hybrid scheme with Qatar Airways titles and branding.

The opening of the new airport – which has been delayed by over a year due to wrangles over completion contracts with suppliers - is expected to take place in the coming months.

“The chairman of the steering committee has already announced that the airport will open in the second quarter of 2014,” says Al Baker. “Qatar Airways, as airport operator, would prefer to have a soft opening to not put too much load on new systems and gradually ramp up the use of the airport.”

Doha and Qatar Airways play host to this year’s IATA annual general meeting in June and it has been the intention to ensure that the new airport is operational when this high profile event takes place.