Singapore Airlines signed a firm order for 20 Boeing 777-9s and 19 787-10s in a White House ceremony on 23 October attended by US president Donald Trump. 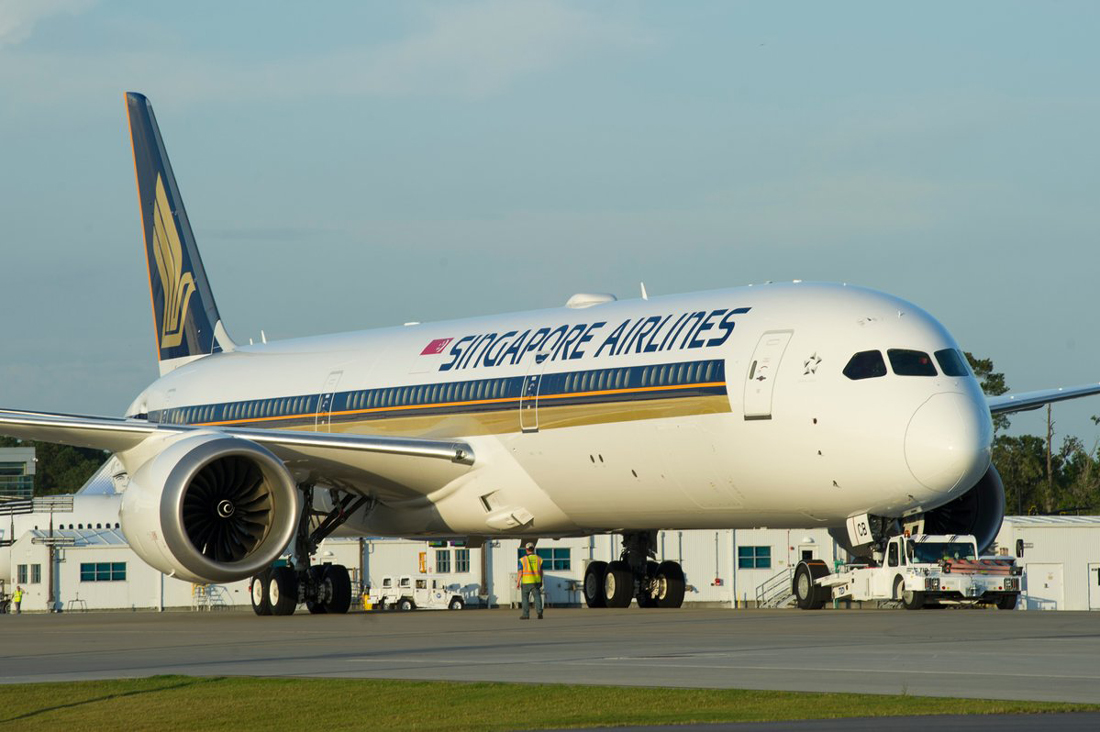 Boeing recently rolled out the first painted 787-10 for Singapore Airlines (above). Deliveries are due to start in the second quarter of next year

Standing directly behind McAllister, Trump linked the deal to his effort to create jobs in the United States.

“Most importantly, [the order] is about 70,000 jobs,” Trump says, then leaned down to speak to McAllister directly. “And those are 70,000 jobs in this country, right?”

Major pieces of Singapore Airlines’ 787s are made outside the USA, especially in Japan for the wings and fuselage and in the UK for the Rolls-Royce Trent 1000 engines. But other structures of the 787-10 are made in the USA and assembled in North Charleston, South Carolina.

The deal bolsters Boeing’s sales total, pushing the company beyond the 500-mark so far in 2017.

The first customer-bound 787-10 assembled in North Charleston rolled out of the factory last month. Boeing is scheduled to deliver the aircraft to Singapore in the second quarter next year.