Central European budget carrier Wizz Air has taken delivery of its first Airbus A320neo, about 15 months after it received its first A321neo.

It brings the carrier’s overall fleet to 122 jets, all of which are Airbus single-aisle types.

Wizz is planning to have seven A320neos by the end of the current fiscal year, although this figure is fewer than previous forecasts drawn up before the coronavirus crisis.

Airbus’s latest backlog data shows that Wizz has a total of 65 A320neos on order.

The airline is configuring the A320neos with 186 seats in an all-economy layout. Its latest fleet plan shows it will have all 65 aircraft in service by the end of fiscal year 2026-27. 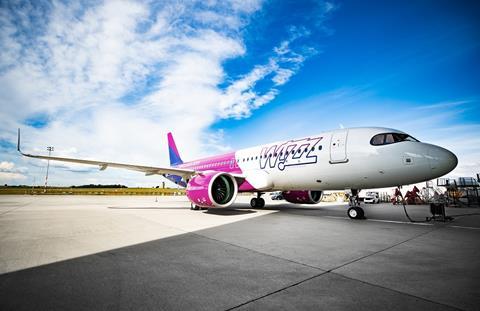