Embraer on 26 July launched development of a major avionics and power upgrade of the Phenom 100 entry level business jet, converting orders from two existing fleet customers in the UAE and Mexico. 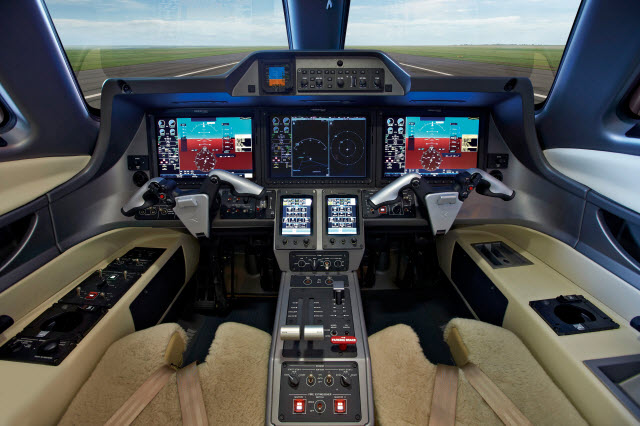 The thrust of the Phenom 100EV increases to 1,730lb-thrust, slightly higher than the 1,695lb-thrust of the Phenom 100E version. That change in thrust, combined with other weight savings, allows time to climb to 41,000ft to decline from 33min to 25min, Pellegrini says. Take-off distance at high-altitude and high-temperature airports decreases from 6,609ft to 5,663ft.

At entry-into-service in the first half of 2017, the aircraft will carry a list price of $4.495 million.

Dubai-based Emirates Flight Training Academy, which is scheduled to open in October, is the launch custoemr of the Phenom 100EV. Across, a Toluca, Mexico-based, private charter operator, also will convert orders for the Phenom 100E to the Evolution model.