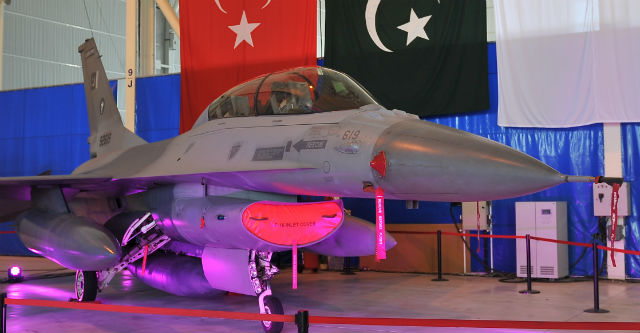 A total of 41 aircraft have undergone avionics and structural modernisation activity at TAI’s Kazan/Ankara facilities since work started in 2010. This involved the replacement of more than 1,300 parts, with each aircraft taking around six months to update. The company also provided training for Pakistan air force personnel.

The project’s completion for Pakistan follows earlier TAI programmes to upgrade F-16s for the air forces of Turkey and Jordan.

TAI aims to grow its provision of such modernisation projects. The company is currently performing work on the Turkish air force’s Lockheed C-130E tactical transports, and also is upgrading the service’s Northrop T-38 Talon trainers.

Meanwhile, Pakistan has sent six of its F-16s to Konya air base to take part in an Anatolian Eagle-series exercise, which is due to conclude on 12 September. The Turkish air force has allocated 27 of its F-16s, along with a Boeing 737 airborne early warning and control system aircraft and two Airbus Helicopters AS532s.