Panasonic Avionics is developing a hybrid Ku/Ka-band antenna system in order to offer an upgrade path for its existing eXConnect in-flight broadband solution, should Ka-band connectivity be embraced by the air transport market.

At present, eXConnect runs over Ku-band satellites. Lufthansa, Cathay Pacific and Turkish Airlines are among the publicized customers for the service. But eXConnect "is a service, not a product, and it's not anchored to any product", says Panasonic vice-president, global communications services David Bruner.

As such, Panasonic has launched an in-house research and development (R&D) programme for a hybrid Ku/Ka-band antenna to support Ka-band connectivity "if or when Ka becomes available", Bruner tells ATI and Flightglobal. Tests on a prototype antenna will begin in April 2011, he says.

Inmarsat, a leader in the L-band satellite space, recently commissioned Boeing to deliver three state-of-the-art Ka-band satellites to serve as the backbone of a new global mobile broadband service called Global Xpress, which will offer speeds of up to 50MB/s. The service is expected to be available in the 2014 timeframe.

"We have been following Inmarsat's announcement and their decision to migrate to Ka bandwidth reinforces our stance that airlines need true broadband for their cabin applications and operations," says Bruner.

"Looking at their announcement, it appears that Ka is a minimum of four years away, and there are still several technical and commercial questions that need to be answered about the service. We know that airlines want to invest in technologies that are mature. Today, Ku technology offers true broadband that is affordable, global, and mature."

At the same time, he says, Panasonic knows "that airlines do not want to invest in technologies that become obsolete a few years after they are deployed. And if or when Ka becomes available, we will offer an upgrade that will optimize our existing eXConnect solution for Ka." 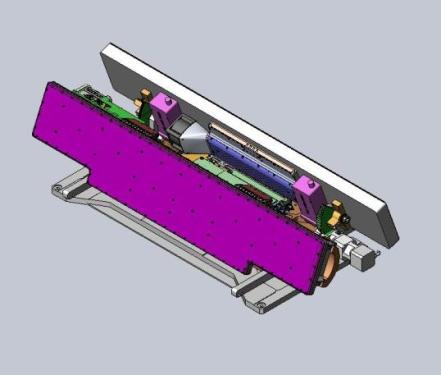 However, Panasonic may not wait for Global Xpress to be brought to market before pursuing a hybrid Ku/Ka solution. "We already have [Ka] satellite operators saying 'what do you want'," says Bruner.

Panasonic's rival in the in-flight connectivity and entertainment (IFEC) sector, Thales, has applauded Inmarsat's plan to offer Global Xpress, and says it is optimistic it can provide certified avionics equipment to support the service.

"What Ka means to the in-flight and commercial aviation market is not just important to Thales. It's important to the whole market. The entry of an entity like Inmarsat addresses questions and concerns that a number of leading airlines have raised over the last several years, ever since the demise of [Ku-band satellite-based] Connexion by Boeing. It addresses the need for a globally available, commercially viable, economically stable solution that provides enough bandwidth at the right price point," said Thales vice-president of marketing and customer proposition Stuart Dunleavy during a recent interview.