The 737 Max 9 on show at Paris is the first of two aircraft which will undertake the flight-test programme for the larger Max variant.

Boeing completed certification of the baseline Max 8 variant earlier this year and the aircraft is now in revenue service with Malindo Air. The Max 9 is the second variant of the CFM International Leap-1B-powered family, flight-testing of which began on 13 April. 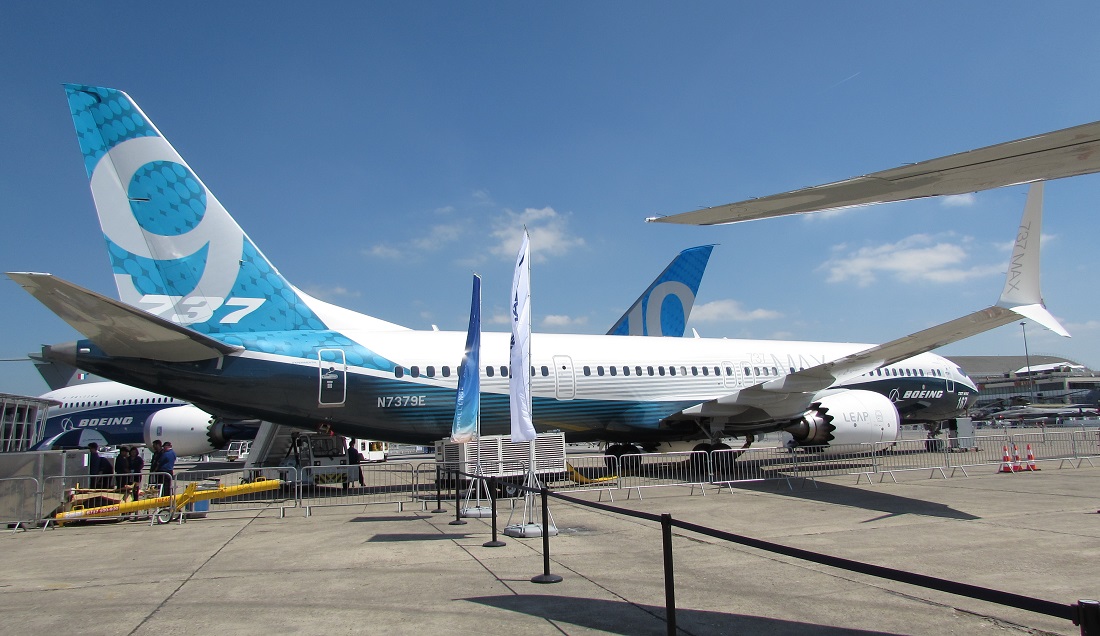 Leverkuhn says the second aircraft will join the test effort "later in the summer".

Flight-testing is progressing well, he says, with the initial flutter and much of the airworthiness work completed on the first aircraft. "When we finish up at Paris we'll take it back to Seattle and finish that work."

Ed Wilson, chief pilot on the 737 Max programme, flew the 737 Max 9 to Le Bourget, with stops in Goose Bay, Canada, and Stansted airport in the UK, where it was presented to Ryanair, which is a customer for the 737 Max 200.

Boeing is close to securing the type inspection authorisation for the Max 9, which will allow certification work to begin with the US Federal Aviation Administration.

Testing through the remainder of 2017 will focus on areas such as "performance, stability control and autoland – those things associated with the longer body of the Max 9", says Leverkuhn. "We expect to finish up flight-testing in 2017, certify in the first quarter and deliver shortly after."

Boeing has not yet disclosed who will be the launch operator of the 737 Max 9.