Piaggio Aerospace is to shed its “non-core” civil maintenance and engine overhaul business and focus its efforts almost entirely on military platforms in a major reshaping of the Italian company's portfolio.

This strategy was revealed in an “industrial plan” published by the airframer on 28 July, designed to position Piaggio as a key supplier of defence and special-mission aircraft.

“Military platforms provide a sustainable and scaleable growth trajectory for Piaggio, which has been severely impacted by the contraction of the business aviation market,” says chief executive Carlo Logli. 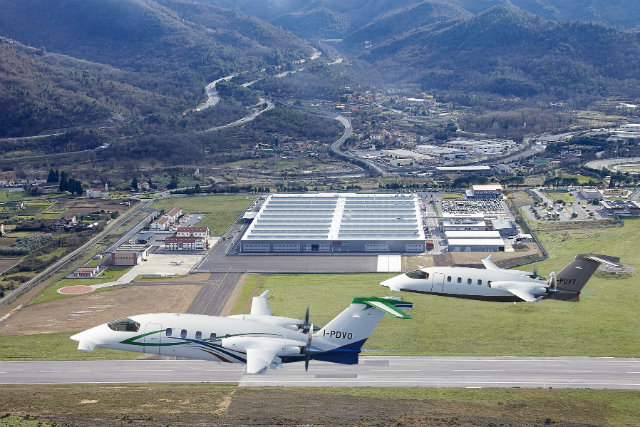 Despite weak sales of its only business aircraft – the Avanti Evo twin-engined turboprop ­– Piaggio says it has no plans to suspend the programme; six Evos will be built this year at its new headquarters in Villanova D’Albenga, 80km (50 miles) southwest of Genoa, from a current order backlog of 10 aircraft.

Piaggio, wholly owned by Abu Dhabi investment house Mubadala since 2015, says it will “continue to grow its business in unmanned air vehicles by building on the progress of the P.1HH Hammerhead development programme”.

The airframer has also pledged to “re-focus” its research and development and manufacturing resources on medium-altitude, long-endurance UAVs.

Piaggio has secured orders for eight P.1HHs from the United Arab Emirates and has further expressions of interest from the Italian government.

The company says it is “actively seeking buyers of non-core areas” such as its engine and civil maintenance, repair and overhaul business lines which will be sold as “going concerns”. In addition, the company intends to reduce its workforce by 132 people, which it describes as an “unfortunate but essential measure to safeguard the future of the company”.

“The shareholder approval of our military-focused industrial plan marks the next phase for one of the world’s oldest aircraft manufacturers,” Logli says. “We now have a state-of-the-art manufacturing base at Villanova and a proven military programme with the P.1HH Hammerhead, both of which allow us to take on this new challenge.”