Piasecki Aircraft chief executive John Piasecki sees an enduring place for the company’s winged compound helicopters within the US Army’s Future Vertical Lift strategy despite the robust competition that has emerged between compound coaxial and tiltrotor types currently engaged in a Joint MultiRole technology demonstration effort.

The advanced aircraft design company – which has been pushing winged, propeller-pushed variants of the Boeing AH-64 Apache, CH-47 Chinook and Sikorsky UH-60 Black Hawk – believes that rotorcraft upgrades which allow current generation types to fly faster and farther sooner should be part of the FVL transition.

The company unsuccessfully bid on JMR, but continues to pursue advanced compound helicopter designs that could evolve into a standalone FVL-class aircraft or as an upgrade to the current fleets.

“We have to start yesterday on FVL,” Piasecki tells Flightglobal at an Army Aviation Association of America conference in Atlanta, Georgia this week. “There’s no question about FVL, but even the most optimistic projections about what we’ll able to afford and when we’ll be able to do it, the sheer size of the fleet demands that we have a comprehensive, fleet-wide strategy and that we invest in the future of those new platforms and bridge what we have until it can be replaced.” 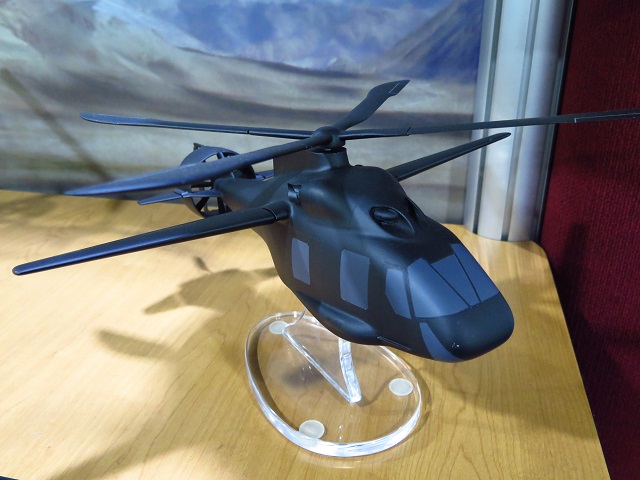 The company isn't funded by JMR, but has secured army science and technology funding to revive the Piasecki X-49 SpeedHawk that it first flew in June 2007. The aircraft never reached its top speed because of envelope limitations, but that 180kts limitation doesn't apply now.

The company believes that SpeedHawk was capable of flying faster than allowed in 2007, and hopes to validate new flight control technologies while also testing the aircraft at maximum speed.

Piasecki says his company responded to the two requests for information for Future Vertical Lift Capability Sets 1 and 3 that were released in February. However, Piasecki, CEO and the son of famed rotorcraft designer Frank Piasecki, would not elaborate on what has changed from the company’s JMR proposal to the RFI now, citing competitive sensitivities.

“We believe that Future Vertical Lift is an essential capability to realise the chief of staff’s vision for a future army that that is an expeditionary and distributed fighting force operating over much larger areas and in smaller formations, and vertical lift capability and extended range is essential to realising that capability,” says Piasecki. “The challenge is how we get from where we are today to that capability in a reasonable time. 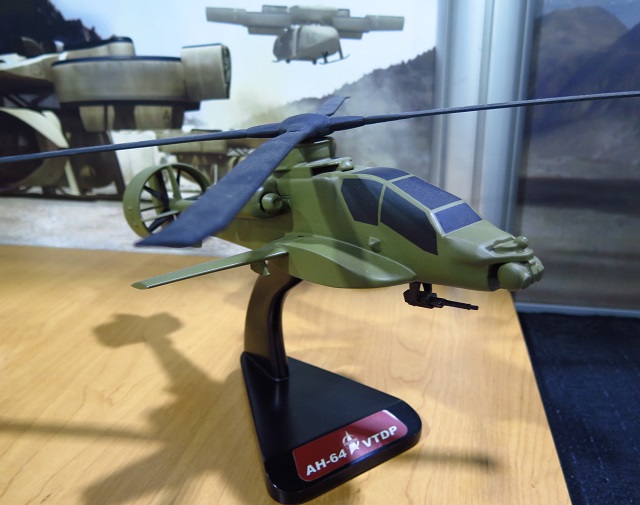 “We bring to the table a winged compound helicopter design,” he continues. “We feel that that configuration needs to be examined as part of the overall mix of Future Vertical Lift. Period.

“It is unique in that winged compound technology can not only be the basis for next-generation rotorcraft but can also be a means of extending the performance and life of our existing aircraft as FVL is introduced.”

“We’re going to be operating AH-64s and Black Hawks for as long as we’re alive, so in order to have a compatible fleet, we feel we have to field that as part of the technology insertion to keep that legacy fleet relevant and affordable. FVL technology, in general, ought to be developed with a view of leveraging as much as possible wing compound technology.”

Piasecki says when the army moves forward with an initial request for proposals (RFP), it must no become a “paper competition” that is “rife with risk”. Instead, the army should require flying prototypes from every offeror, which costs more up front but “focuses” industry and government participants and often improves the programme's chances of success.

Bell Helicopter is already developing the V-280 Valor demonstrator and a Sikorsky-Boeing is pursuing the SB-1 Defiant, both of which are expected to fly by next September. “Our recommendation is to maintain competition in the process for as long as possible,” Piasecki says. 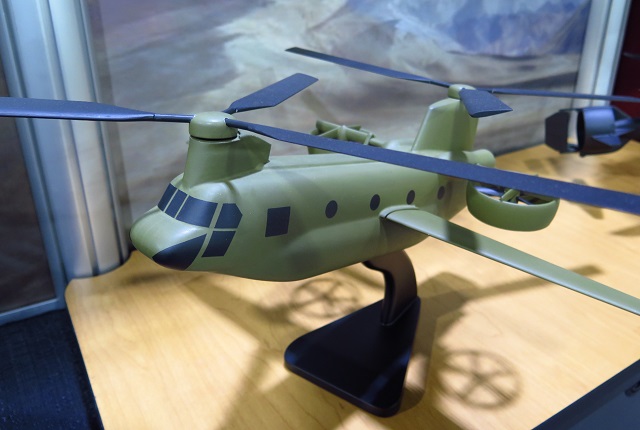 Among the company’s product portfolio is the full-compound PA61-4N configuration, which has an advertised speed of 233kts (432km/h) and maximum gross weight of 15t (33,000lbs) with 7h of endurance.

The company’s most ambitious configuration would be the CH-47 “Tilt Duct” compound cargo helicopter that modifies the heavy-lift Chinook with long wings and two electric powered ducted fans.

The modification would include an engine upgrade to the Rolls-Royce T406 turboshaft engine, which powers the Bell-Boeing V-22 Osprey.