Airbus has deployed one of its A350-900 aircraft on a demonstration tour to five Asian countries, starting from 17 November.

The tour comes after the completion of the A350-900 flight test campaign, which led to the aircraft gaining certification from the European Aviation Safety Agency and the US Federal Aviation Administration, says Airbus. 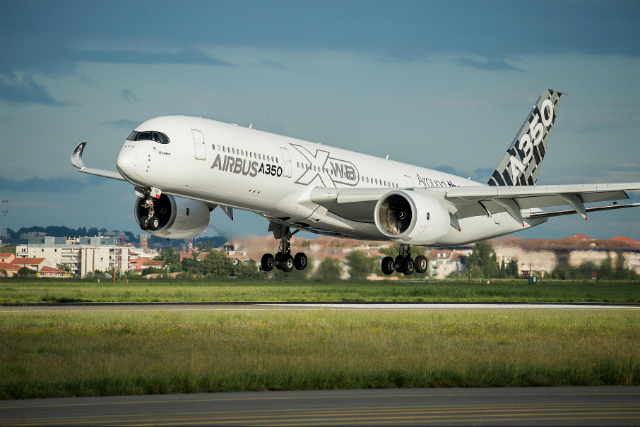 The aircraft, MSN5, will visit Seoul Gimpo, Tokyo Haneda, Hanoi, Bangkok and Kuala Lumpur between now and 28 November. It is equipped with a fully functional cabin featuring 265 seats across two classes. Earlier this year, the same aircraft visited Australia, Hong Kong and Singapore on a route proving certification exercise.

Airbus adds that the Asia-Pacific represents a third of the A350 orders won to date, with 750 orders from 39 customers worldwide. Delivery of the first aircraft to Qatar Airways is also expected by the end of 2014.