Airbus has commenced final assembly of the A350-1000, the stretched version of the airframer’s long-haul twinjet.

The -1000 under construction at Toulouse is one of three which will be built for flight tests due to begin this year.

It has been transferred to the Station 50 point for fuselage join and fitting of the nose-gear, before being sent to Station 40 for wing mating and installation of main landing-gear and other structures.

The airframer says it will carry out initial cabin fitting and electrical power-on in parallel to the structural assembly.

Airbus has secured orders for 181 of the 366-seat type, which will be powered by Rolls-Royce Trent XWB-97 engines, and aims to begin delivering the jets in mid-2017.

Flight-testing of the Trent XWB-97, a higher-thrust version of the engine used on the A350-900, began last year. 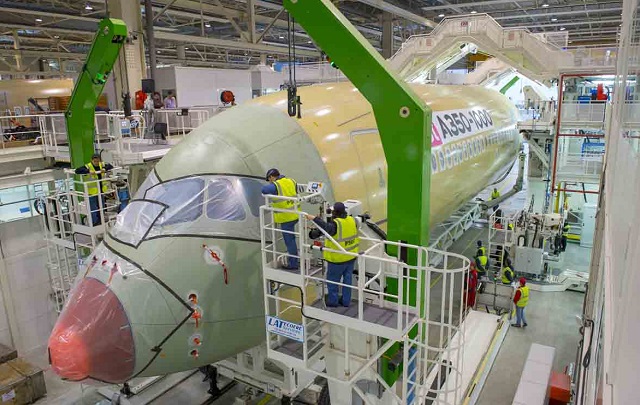