Allegiant Air will show off its first new Airbus A320 at its Orlando Sanford base next week, as it prepares to add more new narrowbodies in the coming months.

The aircraft, registration N246NV, arrived at Orlando Sanford airport on 16 May. It is the first Allegiant aircraft to feature an updated livery. Allegiant has another 11 new A320s on order and is scheduled to take delivery of the next one in June, Flight Fleets Analyzer shows. 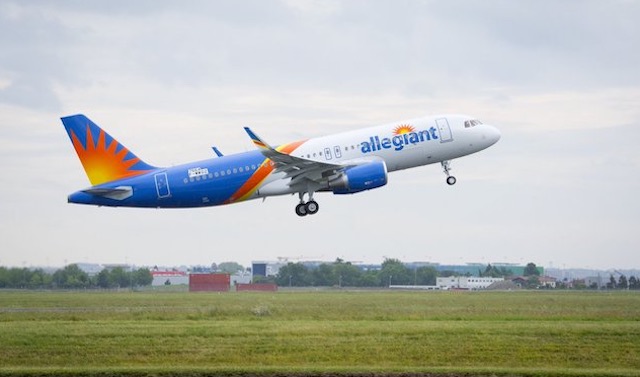 Deliveries will be complete by mid-2018, with the airline taking delivery of 10 aircraft by the end of this year.

Allegiant will unveil the new A320 to employees and guests at an event at Orlando Sanford on 23 May.

The aircraft is configured with 186 seats - the highest density layout among Allegiant's A320s. The airline is adding seats to its used 177-seat A320s to bring them in line with the new A320s.

The airline announced the order for 12 new A320s in July 2016, in a move that surprised the industry. Up until then, the carrier had acquired dozens of used A320 family aircraft as it worked towards phasing out its Boeing MD-80 fleet.