Israeli leisure carrier Arkia Airlines has unveiled a vibrant new livery as it prepares to modernise its fleet.

The Tel Aviv-based airline has ditched the simple pale blue and orange scheme for one based on multi-coloured stripes on the aft fuselage and winglets.

Its livery is dominated by a lower-case 'a' on the vertical fin, which also features the striping effect. The composition of colours appears set to differ between individual aircraft.

But it is set to acquire a batch of Airbus A321neos as well as A330-900 long-haul twinjets as part of a fleet renewal programme. 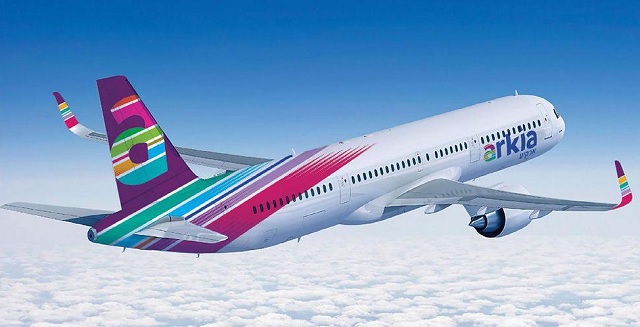