The Saudi flag-carrier ordered 20 of the type through International Airfinance Corporation last year.

It is designed to operate on short- and medium-haul routes – up to 3,000nm – in a high-density configuration, with up to 400 passengers and a reduced weight of some 200t.

Airbus says the assembly of the first aircraft for Saudia is “well underway”. Fuselage join is progressing and it will subsequently move to the wing-mating station. 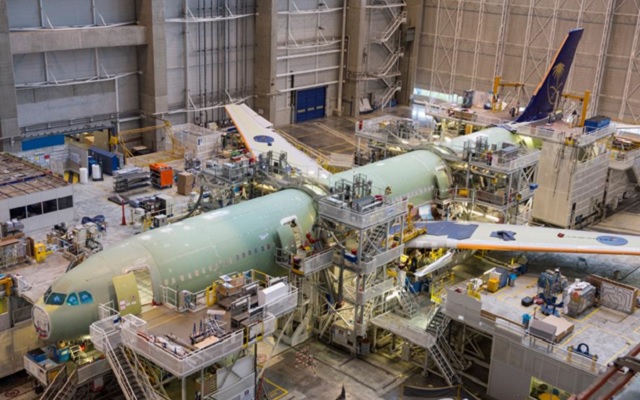