Pilatus is rapidly advancing with the development of the Australian Defence Force’s new PC-21 trainer, announcing on 21 July that the first aircraft has carried out its maiden flight.

The initial production test flight was carried out at the manufacturer’s Stans production site in Switzerland, just days after aircraft A54-001 carried out its first ground engine run, and seven months after a contract was signed for the acquisition.

“Having worked directly with the Australian Defence Force for many years, I am delighted to see Pilatus continuing to deliver outstanding service,” chief executive Markus Bucher says. “The first flight of this aircraft marks a very significant chapter in the continuing relationship between the Commonwealth [of Australia] and Pilatus. We look forward to many more.” 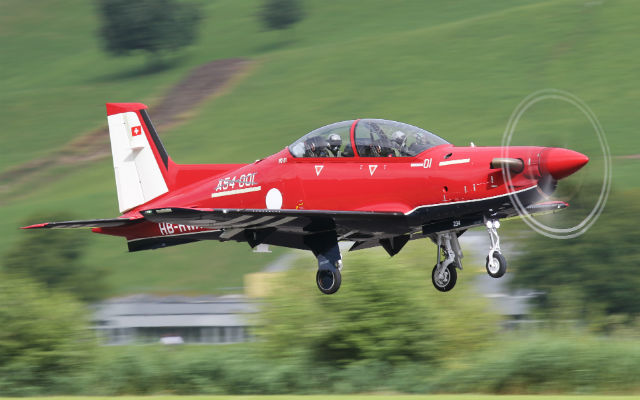 Australia’s PC-21 acquisition is aimed at harmonising training across its forces, with the number of graduate pilots expected to increase from 77 to 105 a year under the programme.

In addition to the aircraft, the contract includes seven flight simulators and updated courseware for a seven-year period from 2019. The local maintenance, repair and overhaul provider Hawker Pacific is also involved in the team.

Once the first aircraft has completed flight and verification testing in Switzerland and Australia, it will be handed over to the RAAF at East Sale air base in Victoria in June 2017, Pilatus says.