Bombardier has launched route-proving flights with the CS300 ahead of a secheduled entry into service with Latvian carrier Air Baltic later this year.

The practice round of flights will take the newly-manufactured CS300 from Air Baltic’s Riga hub to planned destinations, including Vilnius, Lithuania and Tallinn, Estonia. Airline ground and air crew will be able to see the new aircraft type perform in service, allowing Air Baltic several weeks to fix any issues that arise before revenue service begins.

“We are looking forward to introducing this fine aircraft to our passengers and airports in our network,” says Martin Gauss, Air Baltic chief executive. 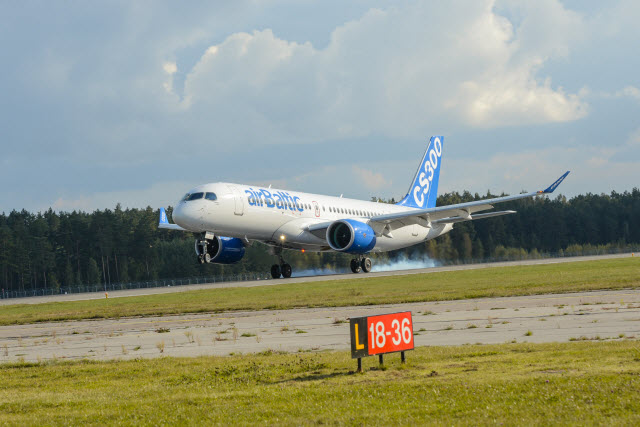 Adorned in Air Baltic’s pea-green livery colours, the CS300 follows the entry-into-service of the smaller, CS100 with Swiss in July. The CS300 has a longer fuselage, but is otherwise 99% common with the smaller aircraft, says Rob Dewar, Bombardier’s vice-president CSeries.

“Our teams are working closely together as we ramp up activities for a real indication of how the CS300 will operate in the network and we are confident its entry-into-service with airBaltic later this year will be impressive,” Dewar says.