Bombardier introduced the first Bombardier CRJ900 NextGen in American Airlines colours at an event at Dallas/Fort Worth International airport on 20 May. 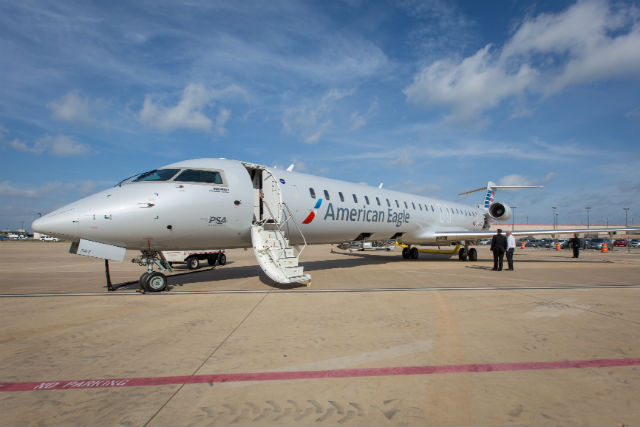 The manufacturer flew the 76-seat jet on to Dayton, Ohio, which is the home of American's regional subsidiary PSA Airlines, for an event on 21 May. The carrier will operate 30 CRJ900s under the American Eagle banner.

American ordered 30 CRJ900s in December 2013, along with options for an additional 40 aircraft. It is the first carrier to fly a version of the aircraft type with improvements that reduce fuel burn by up to 5.5% compared to earlier models. This is achieved through a new “conic-shaped” exhaust nozzle that improves the flow of exhaust, says Bombardier.

Other improvements include features like larger overhead bins and windows, LED lighting and glass cockpit with Rockwell Collins avionics.