By Darren Shannon in Washington, DC

“This aircraft’s certification campaign confirmed the premises of function similarity and parts commonality with the Embraer 190, resulting in lean and swift systems and performance validation tests,” says the manufacturer in a statement.

“Only 475 flight hours on two E-195s were necessary to complete the campaign, including development and certification flight tests.”

Certification by the European Aviation Safety Agency “is shortly to follow” says Embraer, adding that this will “pave the way for the first deliveries to low-cost airline Flybe of the UK, which ordered 14 E-195s”. 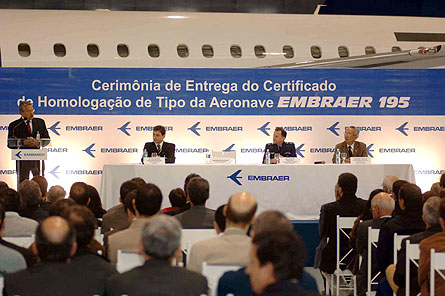