Airbus says it has begun final assembly of Cathay Pacific’s first Airbus A350-900 at is Toulouse manufacturing facility.

The airframer issued an image of the aircraft fuselage section joining phase, which includes the attachment of the wings, horizontal and vertical tailplane, as well as tail cone. 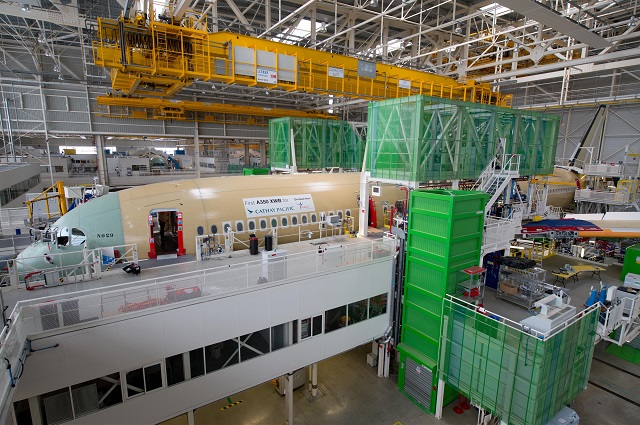 The first of 48 A350s ordered by Cathay, the aircraft will be delivered early next year.