China Airlines has taken delivery of its last Boeing 777-300ER on order, with the aircraft scheduled to land at Taoyuan International airport on 17 May.

The aircraft, which features a co-branded livery with Boeing, will be deployed on services to Frankfurt and North America from late May, says China Airlines.

Registered as B-18007, the jet is powered by General Electric GE90 engines. China Airlines took delivery of its first -300ER in October 2014. 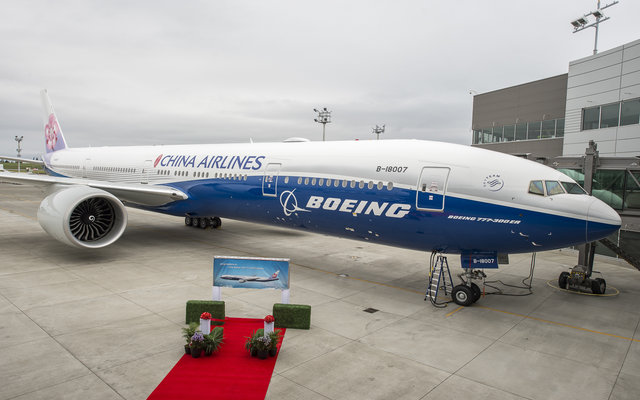 With the addition of the widebody, the Taiwanese flag carrier will also gradually increase its Taipei-New York frequency to five-times weekly, and its Taipei-Frankfurt service to daily.

Flightglobal’s Fleets Analyzer shows that China Airlines has options to take a further four -300ERs. The carrier is preparing to take its first Airbus A350-900 in July.