China Airlines has taken delivery of its first Boeing 777-300ER as part of its long-haul fleet renewal plan.

The Taiwanese flag carrier's -300ER is fitted with 359 seats in a three-class configuration. There are 40 seats in business class, 62 in premium economy and 256 in economy. The aircraft is also equipped with the Panasonic eX3 in-flight entertainment system. 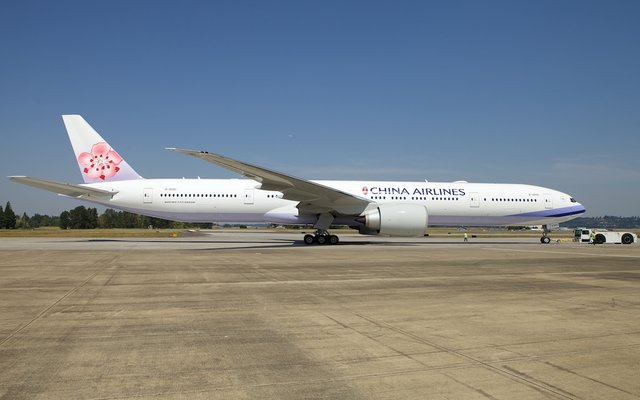 China Airlines will first deploy the new aircraft to Hong Kong on 10 October, followed by Los Angeles in December. In 2015, it will also put the type on services to New York and San Francisco.

The carrier will take delivery of its second and third -300ERs in October and November respectively.