China Southern has launched the country's first Boeing 787 flight on the Guangzhou-Beijing route.

The aircraft took off at 12.35 local time with 228 passengers on board. It landed at around 14.46 local time, according to FlightAware.

The 787's inaugural flight was originally scheduled for 6 June, but was postponed because of low visibility in Beijing and restrictions imposed by the city's airport. 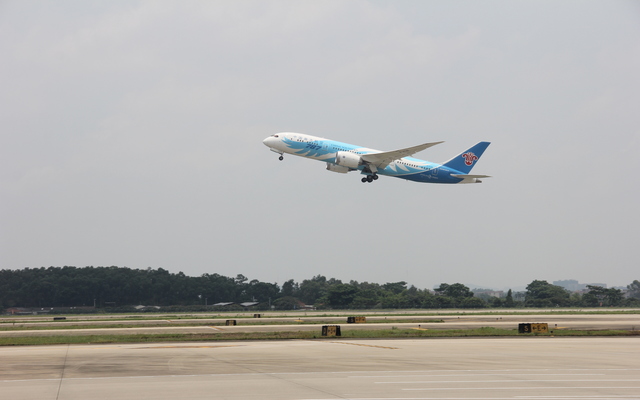 Flightglobal's Ascend Online fleets database shows that China Southern will receive seven Boeing 787-8s by the end of 2013. It also shows that Hainan Airlines will be the second Chinese operator of the type. The latter is scheduled to receive its first 787 in June and a total of seven by the end of the year.