Latvian carrier Air Baltic has shown off its first Bombardier CS300 on the production line, delivery of which it expects later this year.

The Riga-based operator has 13 of the Pratt & Whitney PW1500G-powered type on order. 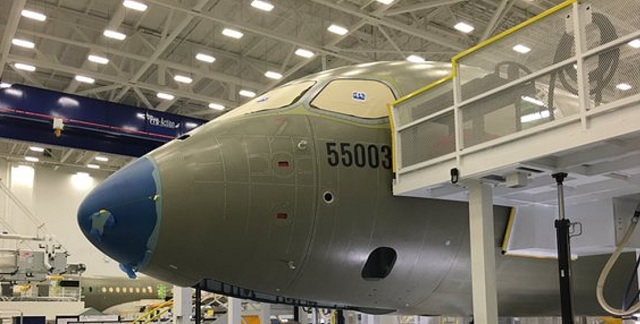 The airline says it will become the first customer to operate the larger variant of the CSeries when it takes delivery of the twinjet in the second half of this year.

Air Baltic has options on another seven CS300s. The carrier is progressing with fleet modernisation following a capital injection from a German investor.