PICTURE: First ANA A380 to start final assembly next month

The main sections of the first Airbus A380 for All Nippon Airways have arrived in Toulouse, with final assembly to start in April.

These comprise of six subassemblies – nose, central and aft fuselage sections, tailplane and the two wings. 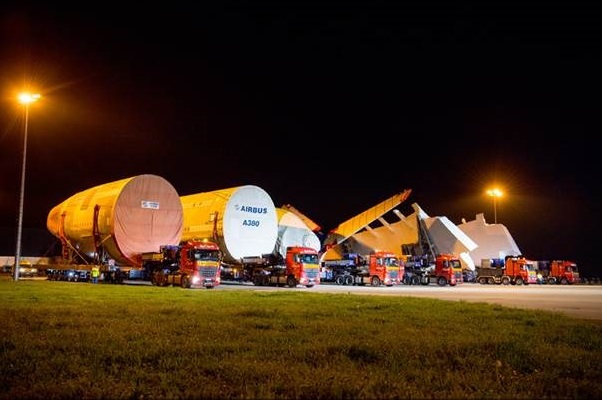 ANA is scheduled to take delivery of the aircraft, the first of the type in Japan, in 2019. The Rolls-Royce Trent 900-powered jet will be put on services between Tokyo and Honolulu.

The Japanese carrier first placed a firm order for three A380s in 2016. Flight Fleets Analyzer shows that the jets are due for delivery in March, June and September 2019.

Skymark Airlines was originally due to be Japan’s first A380 operator, but its order for six of the superjumbos was cancelled in 2014, shortly before it filed for bankruptcy in January 2015.