The Rolls-Royce Trent-powered aircraft, a 787-9 variant (4X-EDA), touched down at around 10:20 on 23 August following a delivery flight from Boeing's plant in Seattle, according to the Israeli civil aviation authority. 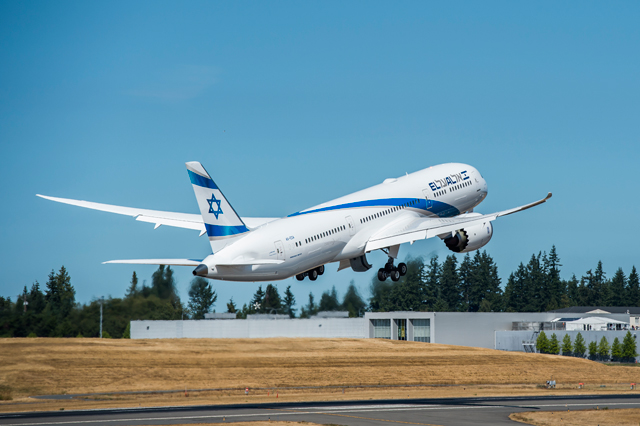 It had operated as flight LY1789 and landed on runway 12.

It intends to open services with the type initially to Europe before deploying the aircraft on long-haul routes to North America and Asia in October.

El Al's aircraft are equipped with a Panasonic in-flight entertainment system and the airline plans to introduce high-speed Internet access through the ViaSat product next year.

Boeing expects the 787 will almost halve fuel burn for El Al on its Tel Aviv-New York JFK route, compared with the 747.