Finnair’s first Airbus A350-900 has carried out its maiden flight, just a few weeks before the carrier becomes the first European customer to introduce the twinjet.

Having performed its first sortie, at Airbus’s headquarters in Toulouse, the Rolls-Royce Trent XWB-powered aircraft will enter a final series of ground and flight checks.

Finnair will initially put the aircraft into service on a number of short-haul routes including the domestic sectors to Rovaniemi and Oulu, for training purposes, from 5 October.

Its first international flight will be conducted to London Heathrow on the following day.

Several other European cities will be served with the A350 for a two-week period before Finnair redeploys the aircraft to its long-haul network, starting with flights to Shanghai on 25 October.

It is taking 19 A350s and Finnair has disclosed that early destinations will include Beijing, Bangkok, Hong Kong and Singapore by May 2016. 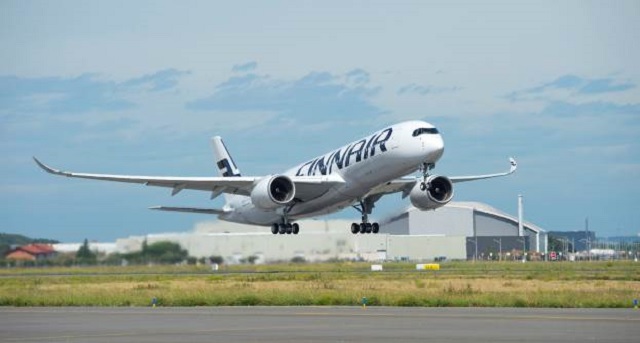