Garuda Indonesia formally retired its final Boeing 747-400 from service at a ceremony on 9 October.

The last 747 in the airline's fleet, registered PK-GSH, operated its last flight on 6 October from Madinah to Makassar carrying Haj pilgrims, followed by a ferry flight from Makassar to Jakarta, says the SkyTeam carrier. 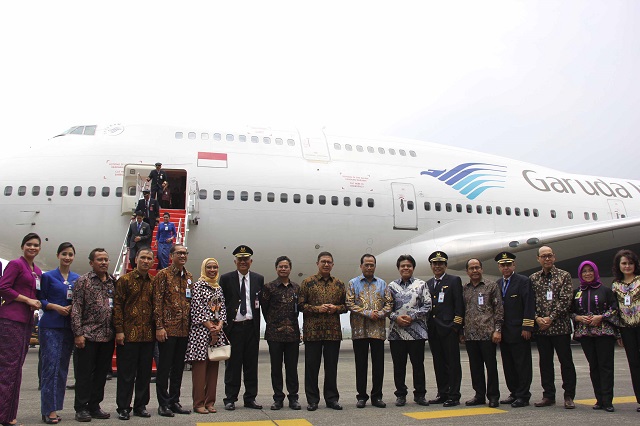 Since 1994, Garuda operated three 747-400s that were were equipped with 428 seats in two classes: 42 business and 386 in economy. They have previously served destinations including Amsterdam, Beijing, London and Singapore, but more recently have been dedicated to religious pilgrimage services to Saudi Arabia.